Hey Brooklyn! Get started with $20 off your first subscription of $40 or more. 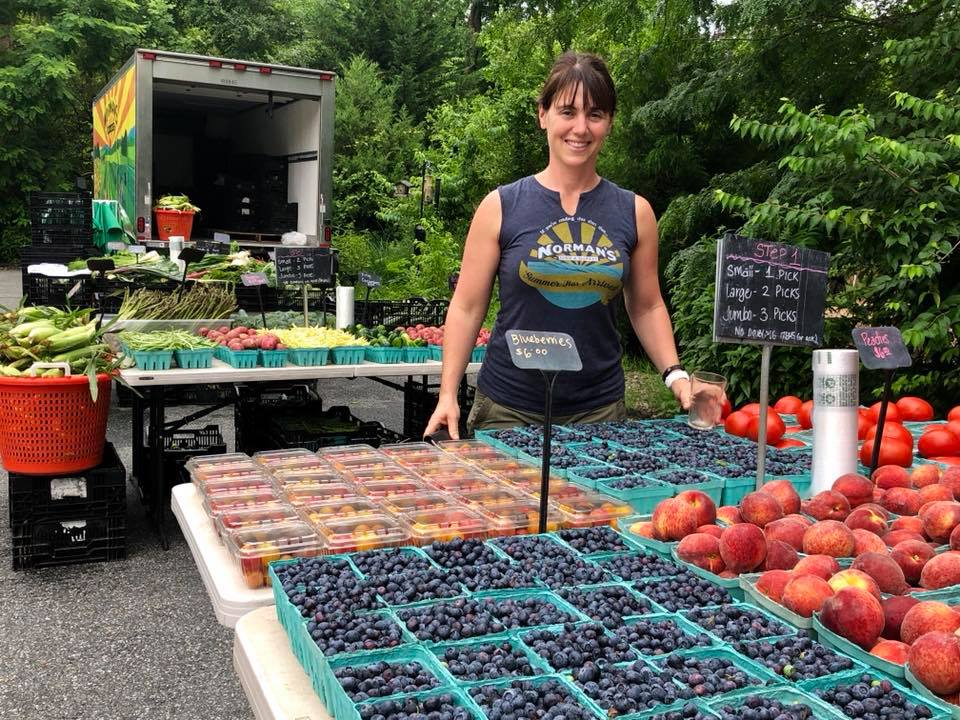 Norman’s Farm Market has been serving the greater Washington D.C. area delicious local produce since its start in 1987, but it wasn’t until 2007 that they launched a CSA.

“We wanted to solve one of the biggest problems we have in the farm market business: busy times of year, and times of year that were not busy at all,” explains John Norman, who owns and operates the market with his brother, Jeff, and wife, Eris. “The idea of the CSA and the subscription program was to bring in revenues during the winter months, and fulfill during the summer when we were running our markets. That would level our cash flow and make things much less stressful and more manageable.”

The CSA program quickly grew from 10 members in the first year to the current subscriber base of around 1,000 shares per week. Of those, about half signed on within a month of Norman’s adopting Per Diem. Read on to hear their story.
‍

Run lean, sell out, and please the crowd

When Norman’s first launched their CSA, they adopted a standard model—members paid a weekly fee and picked up a pre-stocked box of produce. The problem was that no share could please every single customer, since people have different preferences and diets.

“We knew that customizing was going to be important,” says Norman. “We thought, what if people packed their own box?”

He and his family grouped items into tiers according to cost, and each subscriber could choose a certain number of items from each tier. According to Norman, that’s when the CSA program “exploded.”

This CSA fulfillment model complements business from customers who drop in for one-time shopping, because the latter tend to spend big on things like corn, melon, and peaches, while subscribers round out those top-sellers with lettuce and kale. Without the CSA, Norman says, “we would have lost money.” At the end of the day, Norman’s is left with empty tables.

Boost revenue and scale up with year-round sales

In fact, CSA subscriptions helped Norman’s take full control of their business and become farmers in their own right. In the beginning, they were working with other local farms and selling retail. But with help from CSA members who paid for five years of shares up front, the Normans were able to buy their own land and start farming themselves.

Subscribers have boosted the business in other ways, too. Initially, the CSA was a summer business that ran May through October, and since all of the money came in during that season, Norman’s had to carry significant expenses. With the CSA program, subscribers paid in December for product that could be fulfilled in May, “opening up a whole new realm.” With that guaranteed income, Norman’s can afford to run its program all year long, and today, about 20% of subscribers are year-round members.

Additionally, Norman’s has more opportunities to generate revenue with the flexibility of Per Diem. The software allows customers to “subscribe” on a rolling basis, in which they’re automatically charged for their next purchase, so people can shop week to week instead of committing to an entire season. CSA add-ons, including a dozen eggs, offer upsell potential. Selling 12 months of the year and building incremental revenue gives Norman’s financial stability in a hyper-seasonal business.

Build community, get everyone involved -- and keep them coming back

The build-your-own-box model at Norman’s creates a special kind of connection between CSA customers. “People are developing relationships,” Norman explains. “It lends itself to recipe sharings. Kids get in on selecting produce—it’s much more interactive and dynamic.”

As farmers, the Norman’s team plays an important role in the community, providing food to neighbors. But without a storefront or permanent space, keeping in touch with that community can be challenging. That’s why they use tools like their e-commerce platform, newsletters, and email reminders to communicate. They even have a private member-run social media page that shares recipes and health tips.

That’s a community that newcomers often see and want to be a part of. Some customers who visit the stand convert to CSA members, thanks to member-only perks such as discounts and special offers. Norman says, “As we design and expand the business, we have to look at it from the customers’ perspective and think about how they stay engaged and connected.”

Get started with the loyalty solution trusted by thousands of customers across the globe.
Start now

Sign up for our monthly merchant newsletter, for all the latest in local business trends, industry insights, and Per Diem news.
Thank you! Your submission has been received!
Oops! Something went wrong while submitting the form.